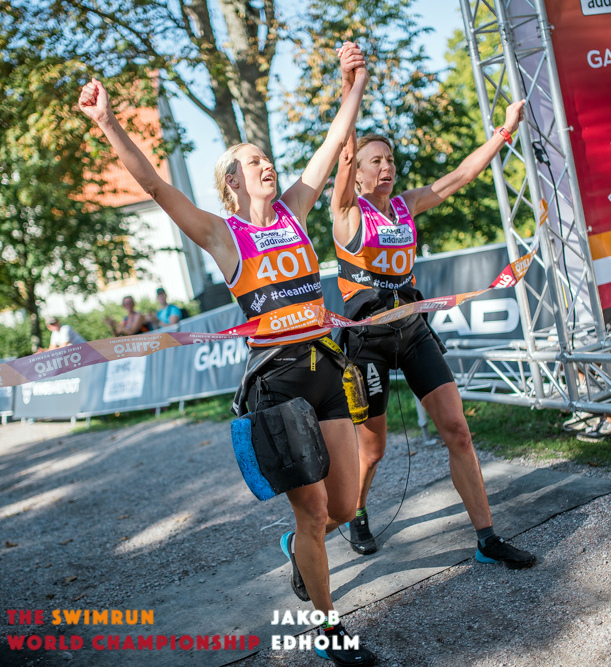 Below an extract from ÖtillÖ press release, followed by my race report in Swedish.

The top teams pushed the pace to incredible speeds at the 13th edition of the ÖTILLÖ Swimrun World Championship, one of the toughest one day races in the world. Conditions were ideal for a quick pace on the 75 km long race course in the Stockholm archipelago but no one had expected the course records in each category men, mixed and women to be crushed with such incredible times.

The undefeated duo Annika Ericsson and Kristin Larsson (SWE) had a fierce battle against second placed women’s team Fanny Danckwardt and Desirée Andersson (SWE), who led a big part of the course but finally finished 3,49 minutes after the leaders who beat their own record from 2016 with not less than 36 minutes. ”Today’s conditions were just perfect, warm water and no wind. We have been able to race properly without being stiff and cold as previous years. We also met really tough competition this year so we had to keep on pushing”, said Kristin Larsson at the finish at Utö after the team’s third world championship gold in swimrun and record fast time in the women’s category. 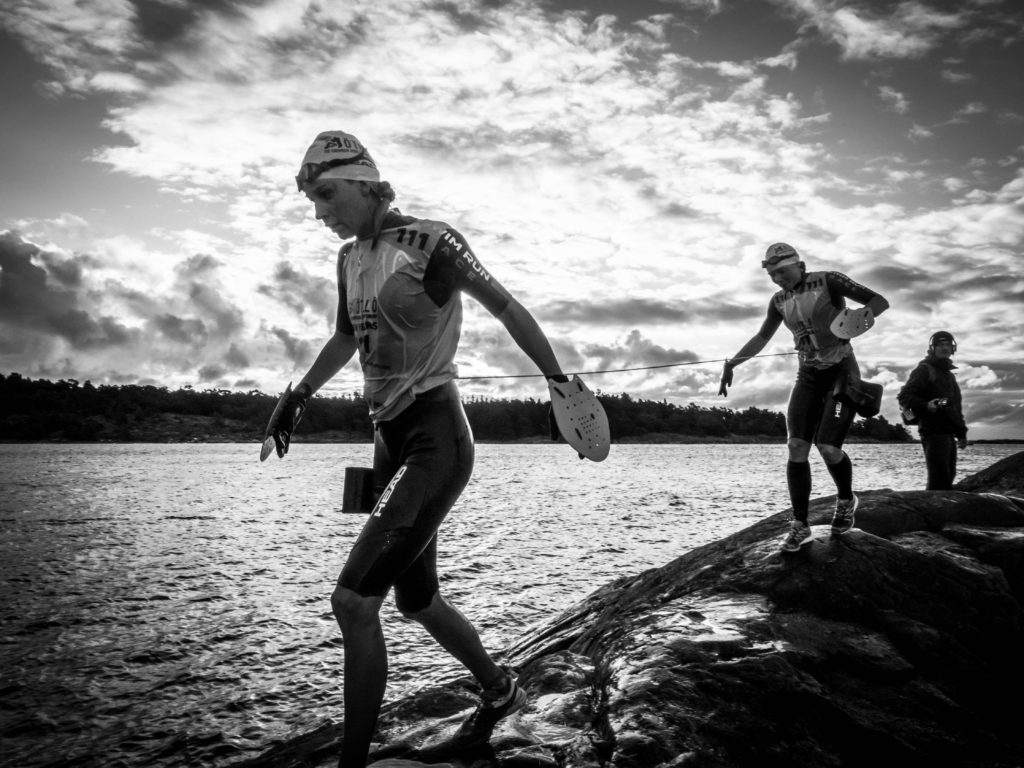 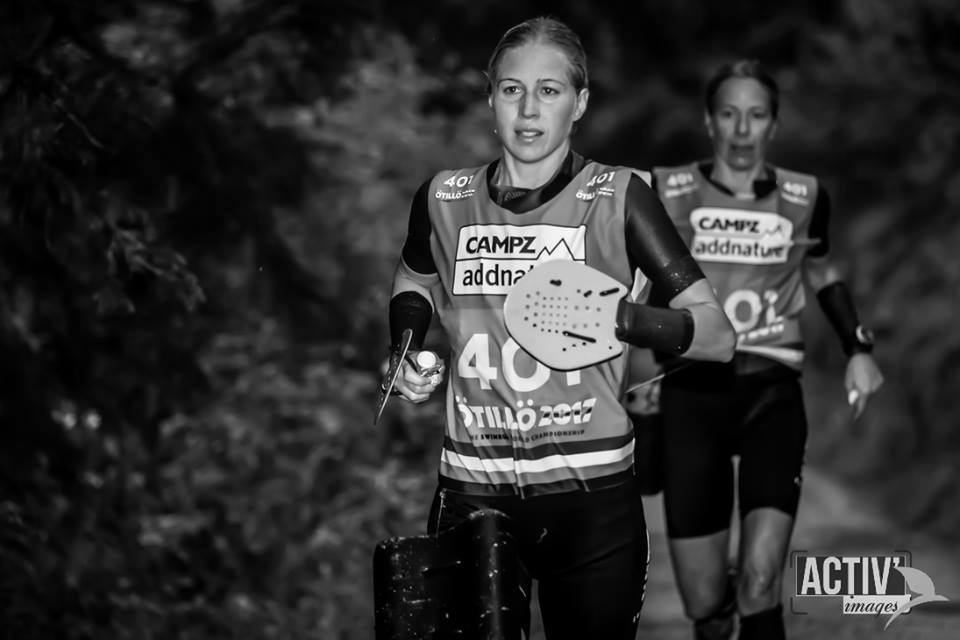 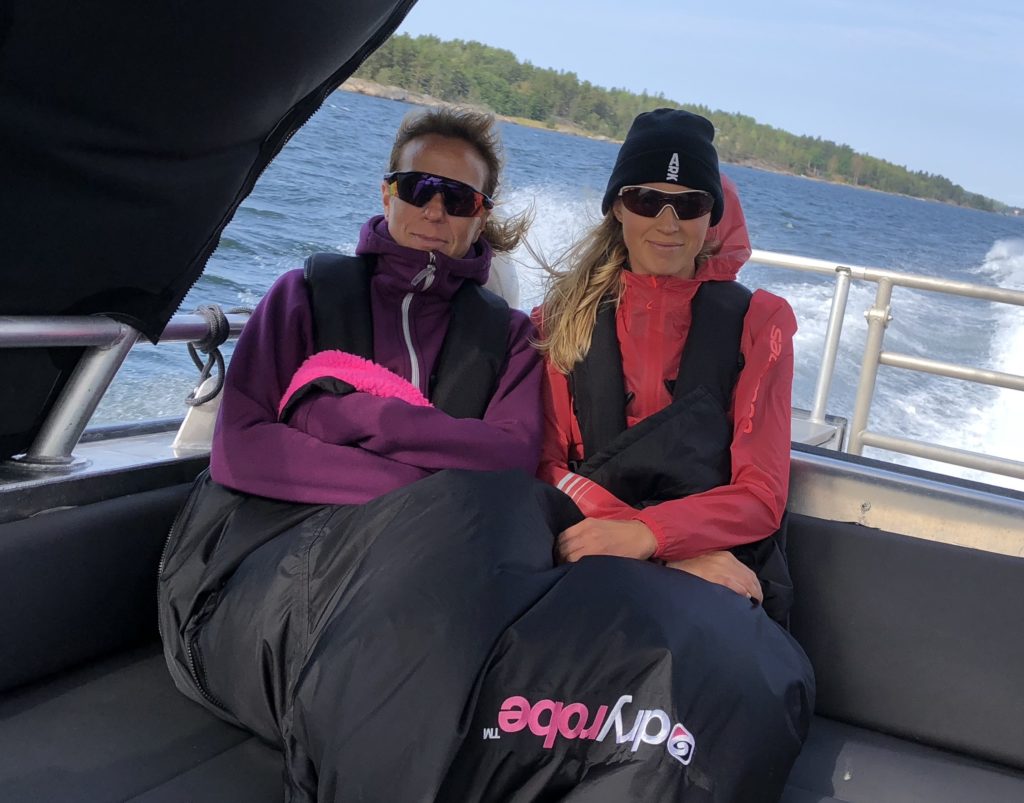 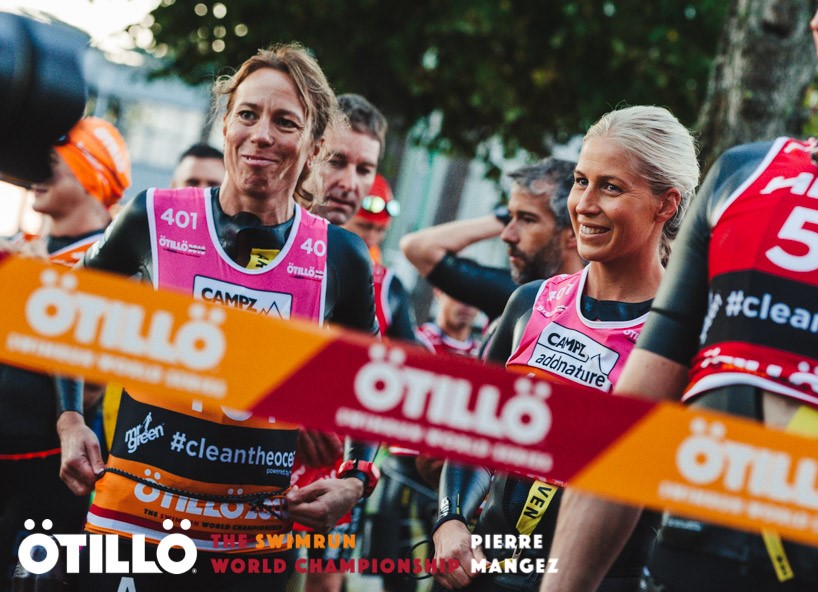 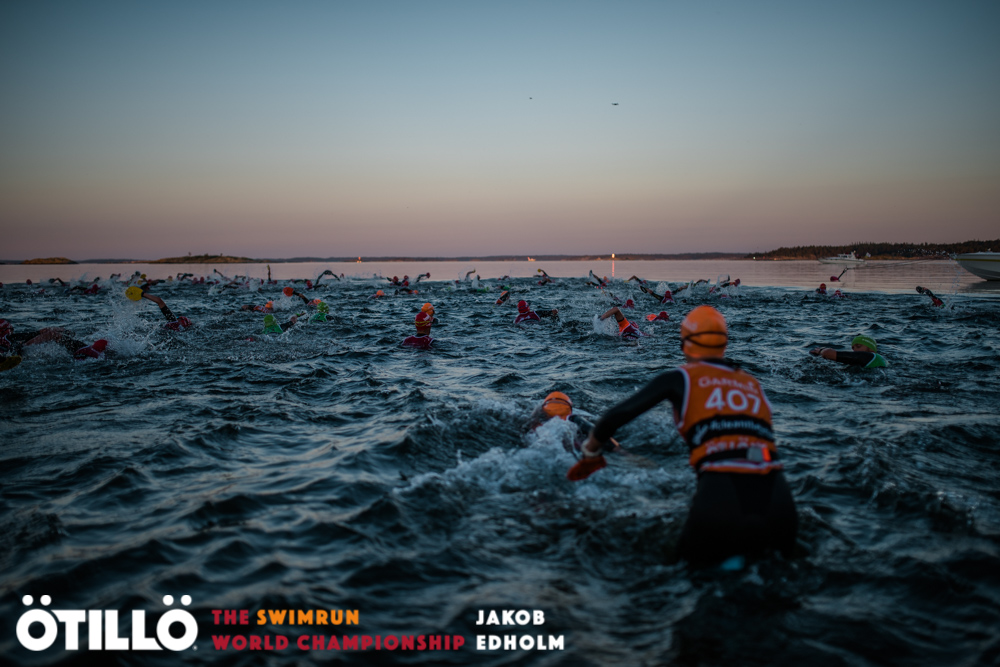 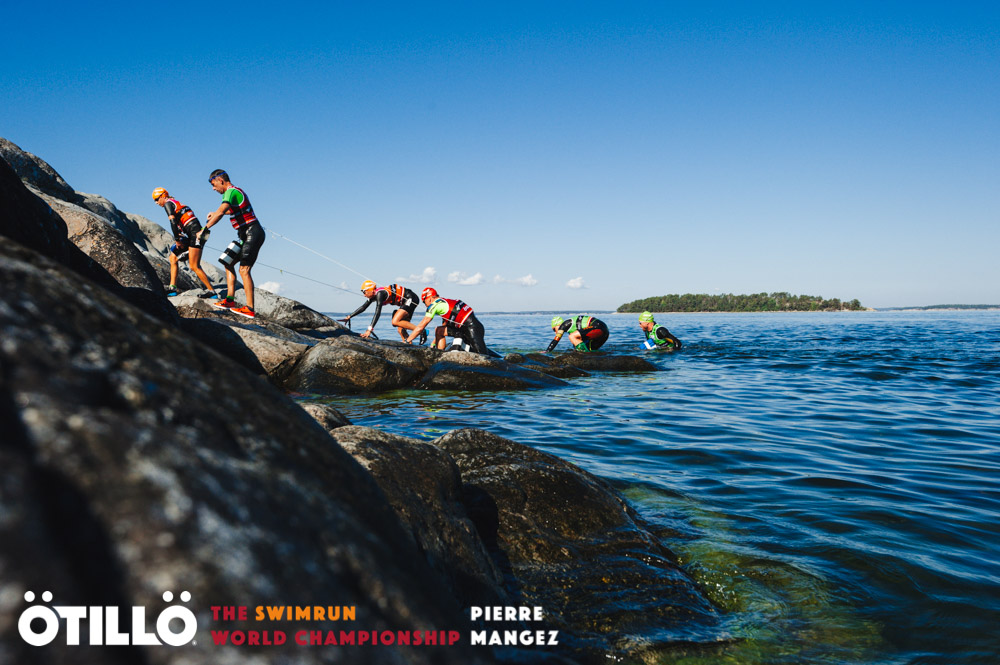 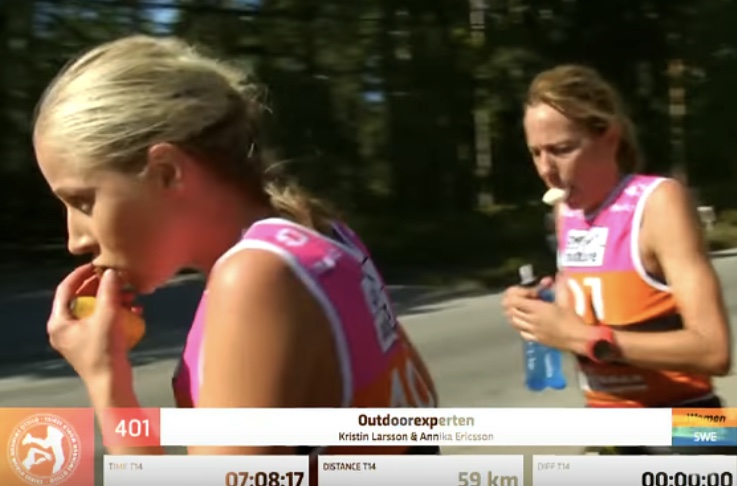 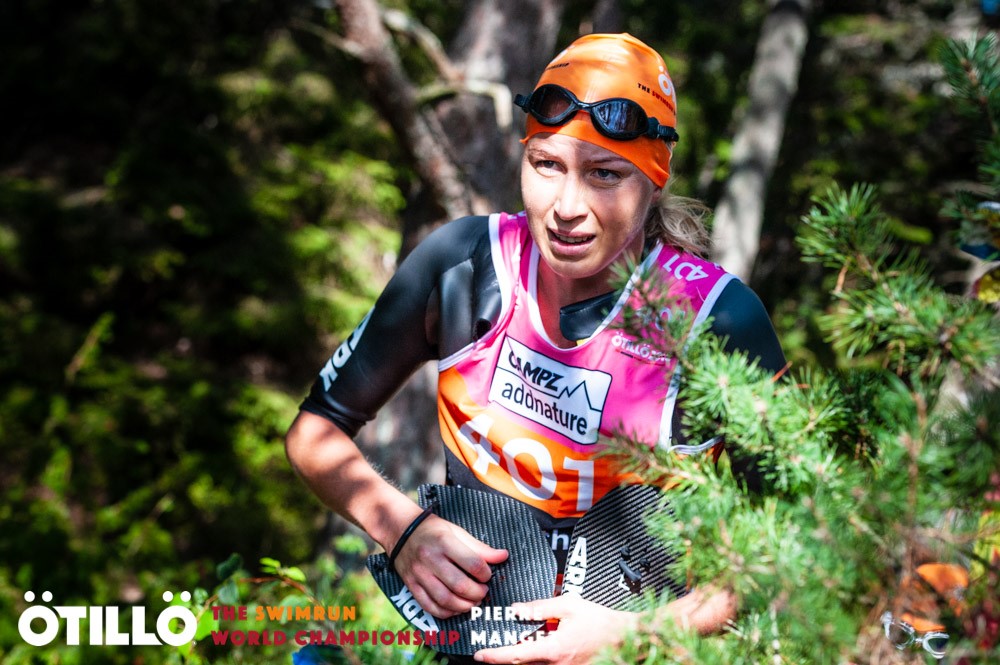 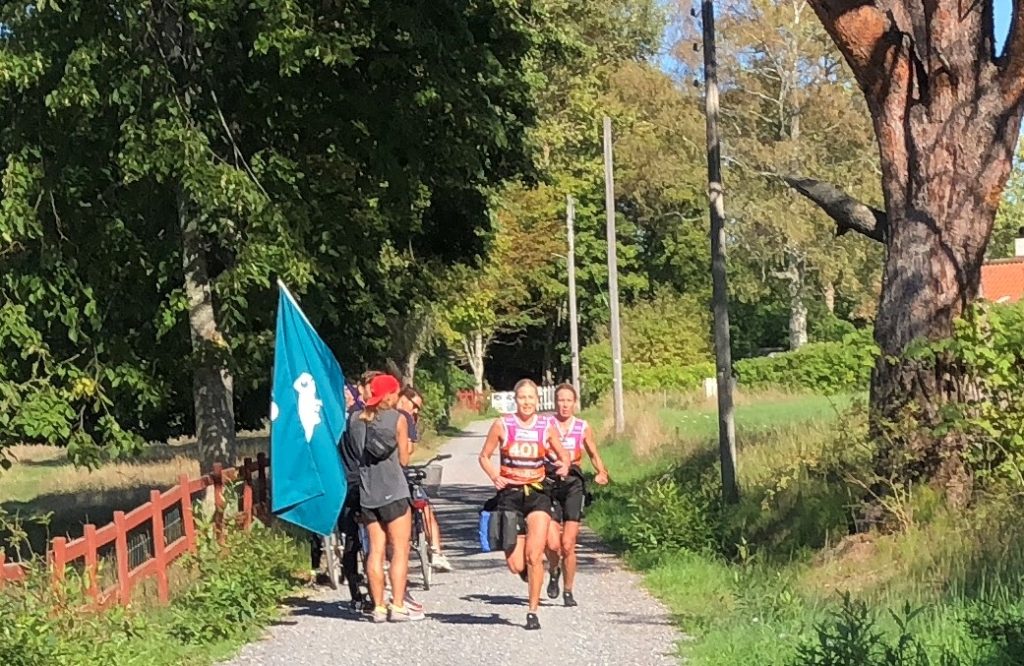 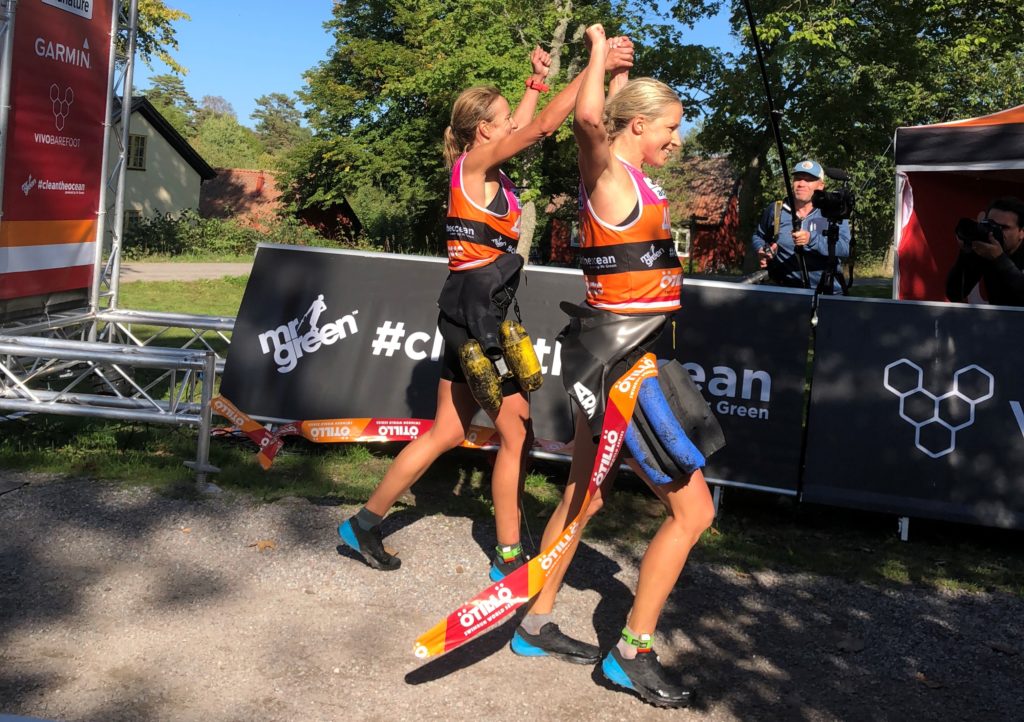 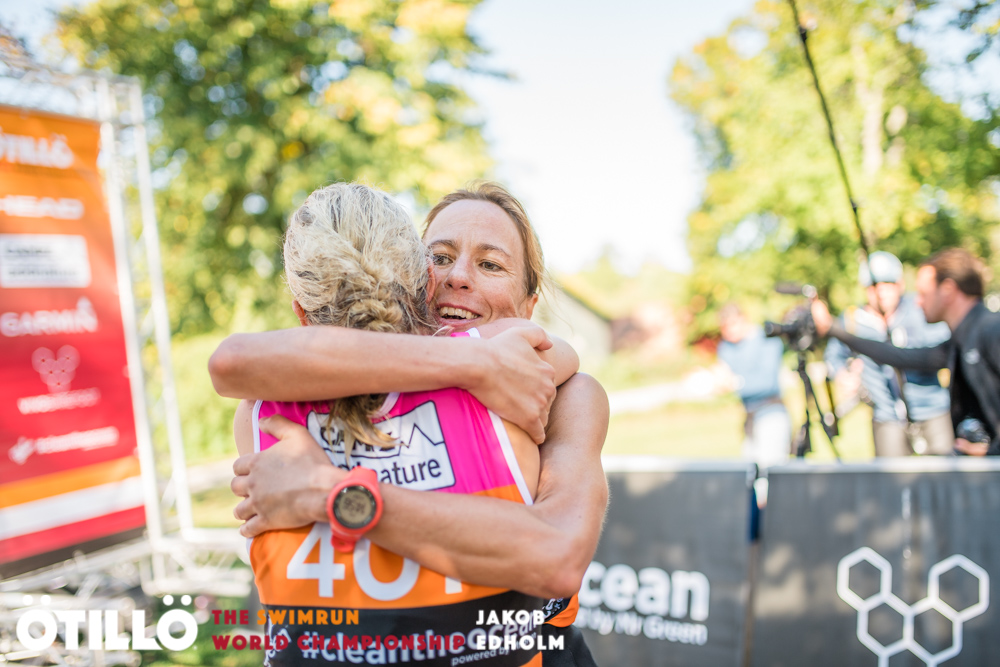 She made history this year by winning overall as a women team in a race called Swimrunman, together with partner Annika Ericsson.

They will compete for ÖTILLÖ together in 6 days, and we ask Kristin how her season has been so far, and how she prepared for the big race.

ÖÖ: How would you describe the season of 2017 so far? Any particular highlights and / or low points?

Kristin: The season started well for me but I have had kind of a tough period in June after racing a Adventure Race stage race in China and then I went straight to ÖTILLÖ Swimrun Utö just after that. I felt that I had to decrease my training during this period because of that and then I managed to come back just in time for ÖTILLÖ Swimrun Engadin. But after that, I’ve had a great period of training and now I’m REALLY looking forward to ÖTILLÖ!

ÖÖ: You were the overall winners of a race called ”SwimrunMan” in France together with Annika Ericsson this spring and that created some very positive and important shockwaves throughout, not only the Swimrun world, but also in other media – do you see yourself as a role model for girls? Both within Swimrun but also outside of that?

Kristin: It’s great fun that we got almost 400 000 views on the video from the Swedish news site KIT. If I can be a role model to someone I hope that I can inspire more women to not only participate in the sport, but also to race hard, aim high and to be confident in their performance.

There are some really strong women in the Swimrun world but I think there could be many, many more. So, of course, I hope that I and Annika can inspire women to get into the sport of Swimrun. I think it is important that people understand that It doesn’t mean that you have to give up your work and family life – I am very ambitious in my training but I am also prioritizing family time and work.

ÖÖ: Who are YOUR role models? Not necessary within sports…

Kristin: Gunhild Stordalen. She is a great fighter with the ability to focus on things that can make a difference.

ÖÖ: What do you think the equalizing factor is that makes men and women race on the same terms in Swimrun?

Kristin: Well, in Swimrun, and endurance racing in general, is a lot about mindset, mental toughness, preparation, energy plan, experience, tactics and so on. So: many things that are not gender specific.

Something that I really appreciate is that men and women are allowed to race on equal distances in Swimrun.

ÖÖ: Within Adventure Racing I get the feeling that women are sometimes the ”mandatory woman” in a team of four, but in Swimrun a team of two women can beat all the men on the course – any thoughts on that?

Kristin: I can understand that this might be the view from people outside of the sport, maybe because men have more muscles in general and are physically stronger in the beginning. But truth is; the longer the races are, the more all of the differences become blurred. I don’t think anyone competing in Adventure Racing see the women as a ”mandatory gear”. In the long run a team of mixed gender has so much better odds to perform better than a team consisting of only men.

Like I mentioned earlier; there are so many factors that are not gender specific that all taken together have such a great impact on the over all performance in longer races.

ÖÖ: Some thoughts on race day: One of many things that make Swimrun so special are the many transitions.

Kristin: Getting ready for a water entrance for me is about making sure all of my equipment is adjusted for swimming. Then approaching the water exit I mostly just think ”Thank GOD we will be running again soon!”

ÖÖ: What do you think the most common mistake is that people do in transitions, and how do you work around it?

Kristin: I actually think that teams have become so much faster in transitions nowadays. We are all aware of how many seconds one actually lose if you aren’t prepared and have to stop.

ÖÖ: How would you describe your set up with all the gear? Are you flexible when it comes to the gear that you use or is it crucial to have the stuff exactly tuned the way you want it and the exact same tools at every race?

Kristin: I’m always aiming for as little gear as possible. I would say that I am flexible, but the setup I wear while racing must be tested on training before.

ÖÖ: Have you changed your setup much over the years or did you find the perfect stuff early on?

Kristin: My equipment has changed a lot over the years. I mean just a few years ago there was no such thing as a ”Swimrun suit” – we used just a normal swim suit with some homemade improvements. Today there are more and more Swimrun specific products available and the producers actually start to listen to the athletes. As an example: in the beginning, we used to customize our shoes, but now Daniel, my partner, has worked together with Salomon since 2016 to develop their first Swimrun shoe. I’m still making some homemade improvements on existing products and I think the equipment will continue to improve, enabling the athletes to race even faster in the future.

ÖÖ: What is the most important piece in your toolbox? (Not including suit + shoes)

Kristin: That has to be my team mate. Combining the strengths of two individuals into a team is the key to performing well.

ÖÖ: How do you find time to prepare and train parallel to normal everyday life with the family?

Kristin: I try to facilitate training in my everyday life. I have a bike I can commute with all year around, I bring lunchbox to work so I can train at lunch time and sometimes family time can be combined with training time. I don’t find it hard to create time for training, but it is difficult to find enough time for rest and recovery.

Kristin: Yes – don’t complicate things, just get out there. I get my inspiration from Nature; exploring new trails, running up a mountain and things like that. Bring your family, bring your friends and have fun!

ÖÖ: What are your expectations for ÖTILLÖ Swimrun World Championships this year?

Kristin: As always it will be a tough race where the last two hours can make a big difference. 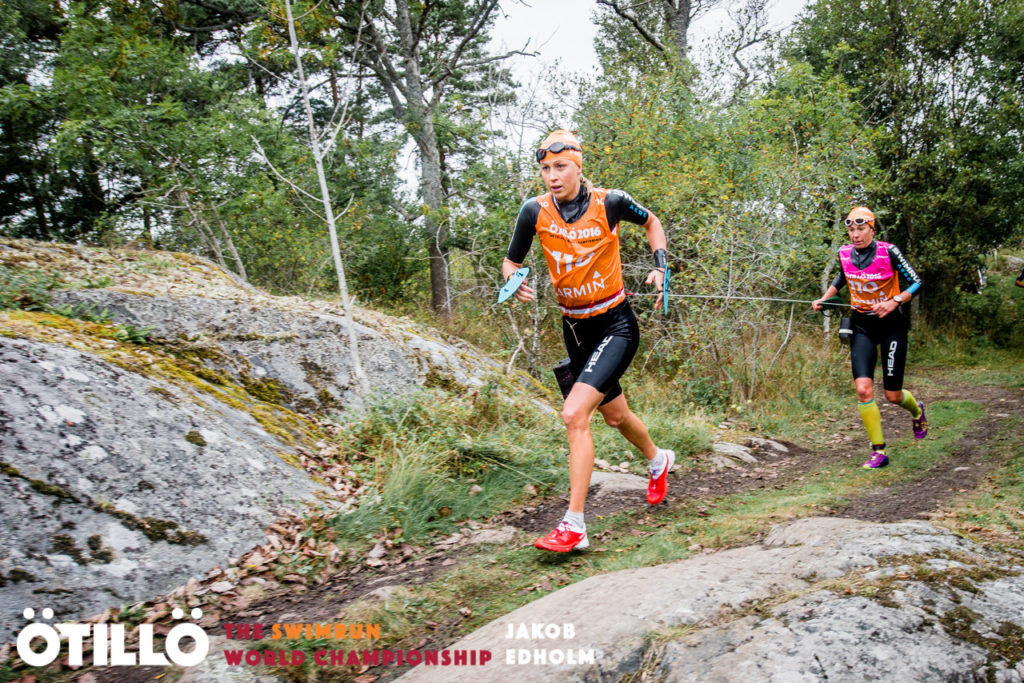