It’s Saturday afternoon and we have just checked in at our hotel in the little village Les Salles-sur Verdon. The receptionist is curious about what we are planning to do in the area. We tell him that we will do the race tomorrow, the SwimrunMan. He stop his work and look at us slightly confused as if he was not able to translate what he just heard.

Now we are confused. He continues:

-“This race is not for women. It’s for the macho men with big muscles”, he explains to us and gesticulates.

I’m sure his intention isn’t as arrogant as it sounds. The receptionist is genuinely surprised but at that moment we find no point in explaining to him that we are well aware of what we are doing. We are eager to get in to our rooms, change clothes and get out to check the race course.

The race, “SwimrunMan”, is located in and around the beautiful lake of Sainte-Croix, two hours drive from Nice. Here we will swim 4500 meters and run 30000 meter gaining an elevation of 1500 meters. 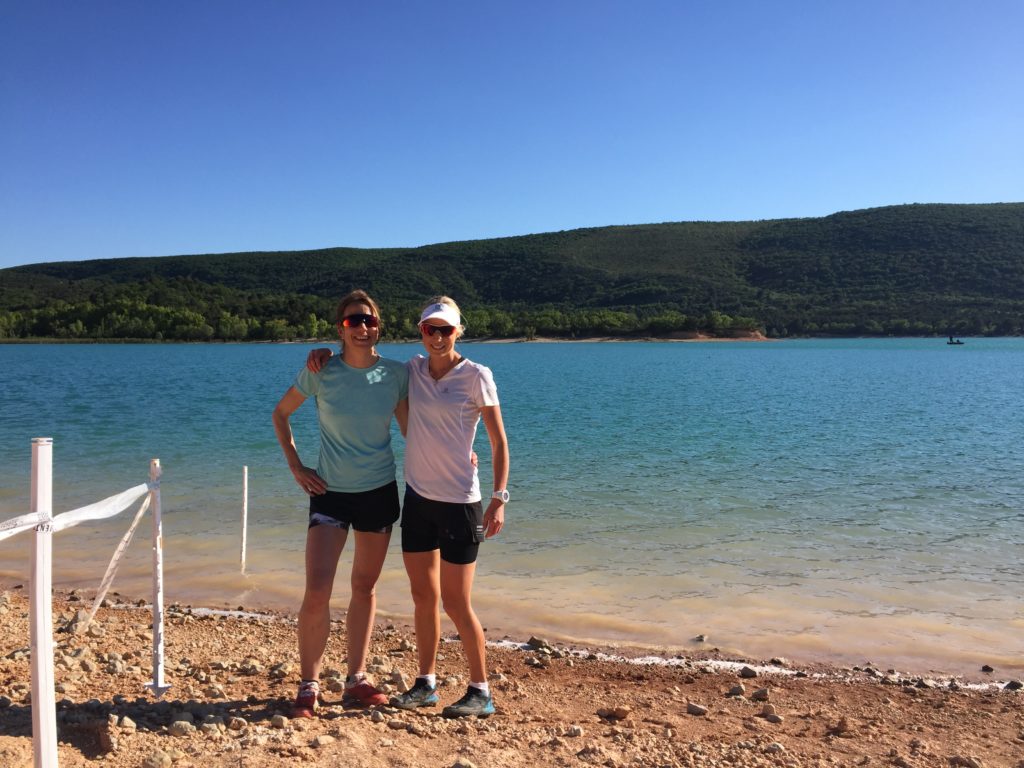 This afternoon, the day before the race, we are running a short section of the race just to get familiar with the markings. We have time to check one water exit point before we have to rush to the race meeting. The organization gives a professional impression and the meeting is short and informative.

Sunday, race day and it is pretty cold and windy but we are excited to start the race.  On our way to the breakfast we meet the receptionist again;

“Are you really sure you will do the race? It’s very cold today”.

We focus on getting our breakfast done and then get ready for the race. 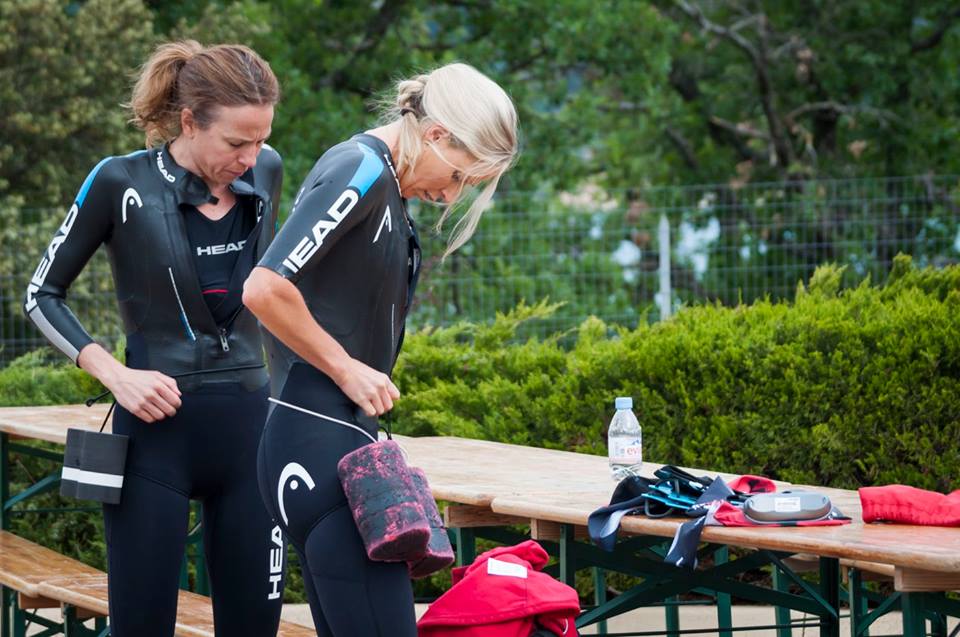 At the start the atmosphere is warm and friendly and it feels like everyone is excited about what is about to come. At 10.30 it all starts with a short sprint down to the beach. 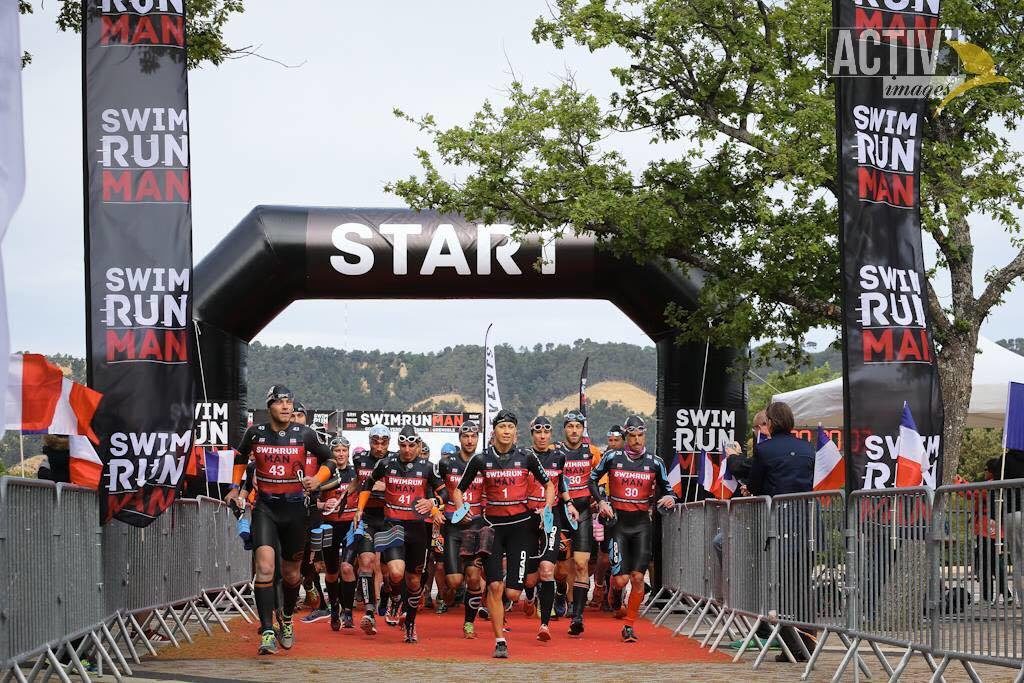 The first swim is 1700m, crossing the lake from one side to another.  There are two male teams heading off at high speed. Annika is doing a great job in front of me, leading a bunch of three to four teams across the lake. At the second half of the swim the wind is picking up and it is getting pretty cold. Luckily we climb 400 altitude meters straight up from the beach and we can work ourselves warm again. After five minutes I see the two teams in front of us and we push a bit harder just to get contact. After the uphill we are three teams running together at the plateau and it feels like we got a good start of the race. 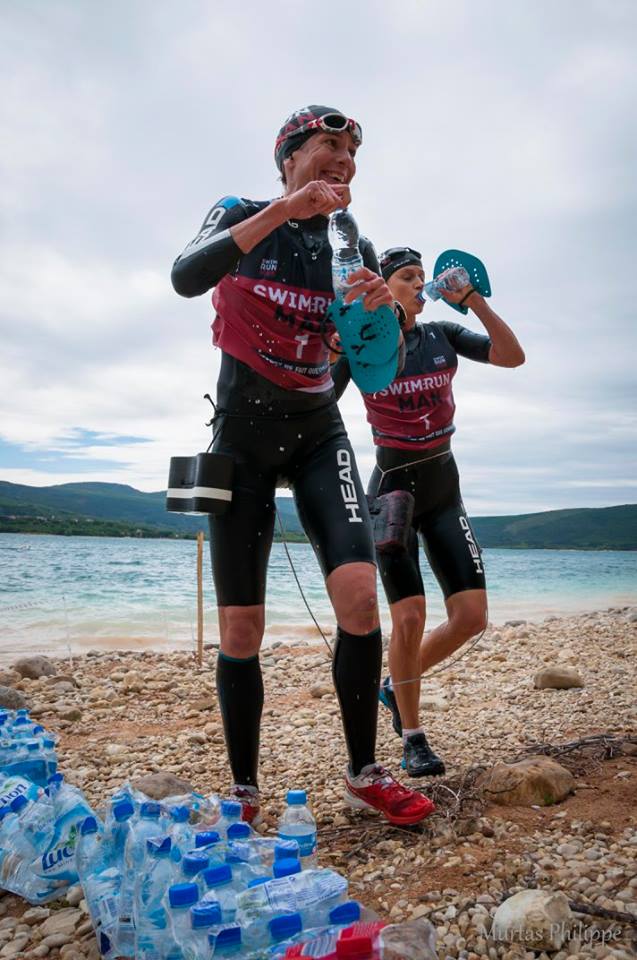 The next two hours we are two teams battling in the top, changing positions and chasing each other. Halfway out on the course we feel that we might got a gap on the run as we can’t see anyone behind us.

At the start of an 800m swimming section there is no marshal and we have to stop and try to locate the direction of the swim. When we get into the water we are not 100% sure, but Annika does a great job locating the exit point while swimming. But then we get another surprise. There is a team coming up beside us! 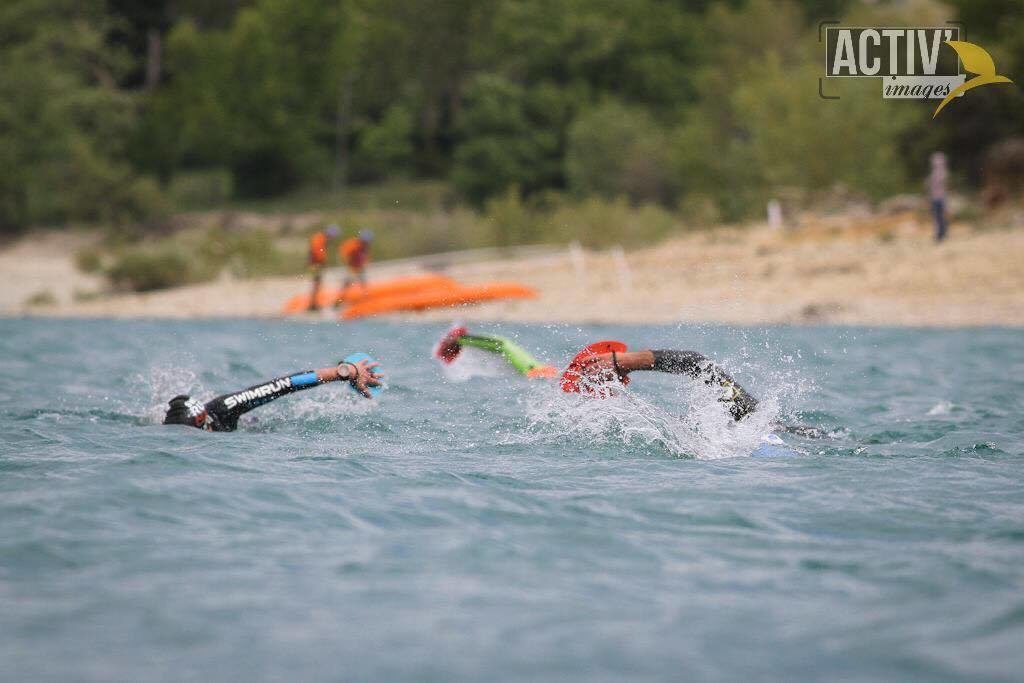 Apparently we hadn’t gained as much time on the guys as we thought and the race is still on. Annika manages to take the feet of the other team for the remaining part of the swim and we can exit together. 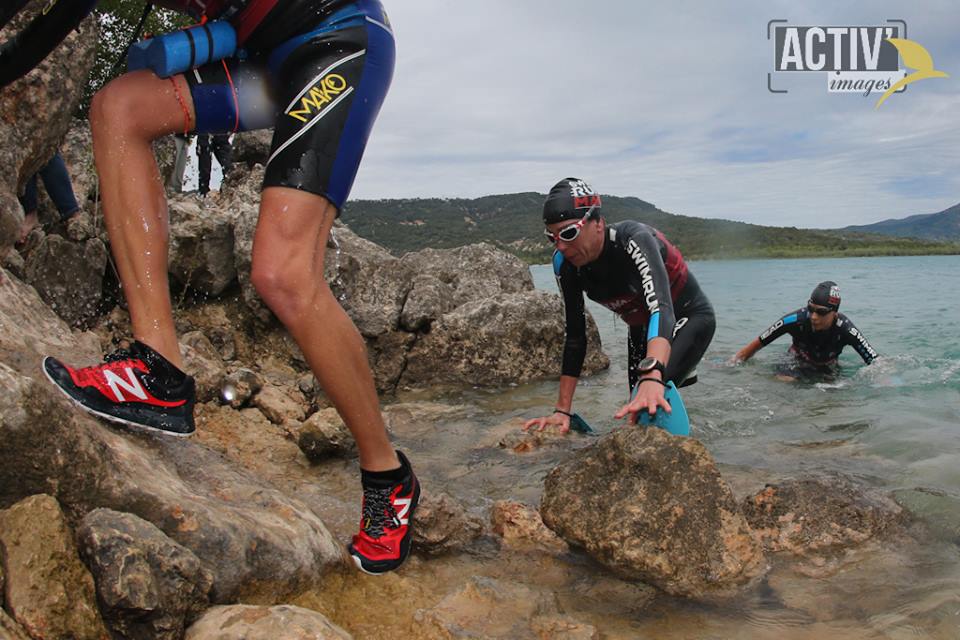 Getting out on the longest run section of the race we are told that the first two kilometers is a bit dangerous. It’s technical climbing on slippery rocks and being freezing cold makes it even tougher. The guys are faster than us and we lose them out of sight.

We arrive to the last energy station and we can’t see the other team. We don’t know how far behind we are but we stay focused on our race and refuel quickly. 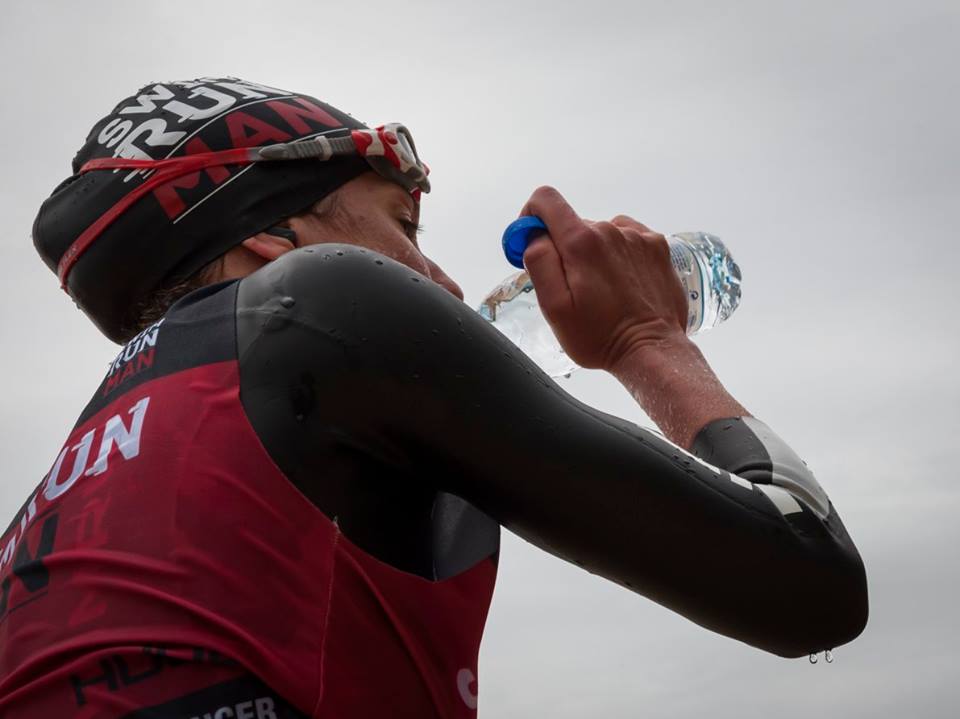 We have now passed the most technical part of the trail and start to run along a nice but stony section. Speed is high but suddenly Annika falls. It’s a bad fall on sharp stones but she is straight up on her feets running again. There is no impact on our speed after the fall, even though her knee is smashed pretty bad.

We keep on pushing and suddenly we see the guys in front of us. Before the last swim section we manage to overtake them and we do a great swim keeping the guys behind us. 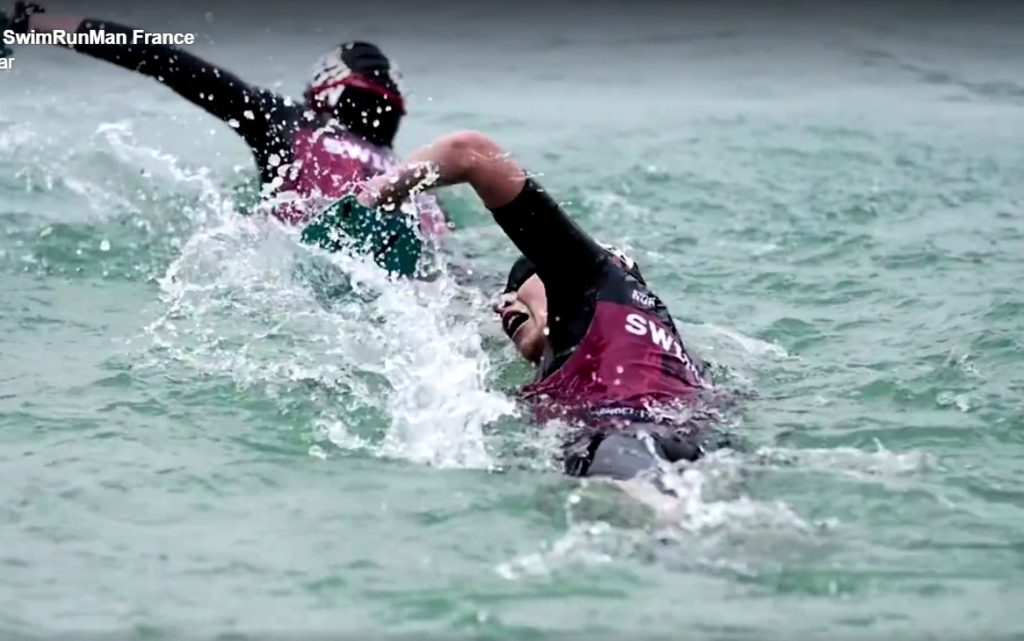 On the last run to the finish line I try to run hard, but also prepare mentally to sprint, if the guys will show up again. 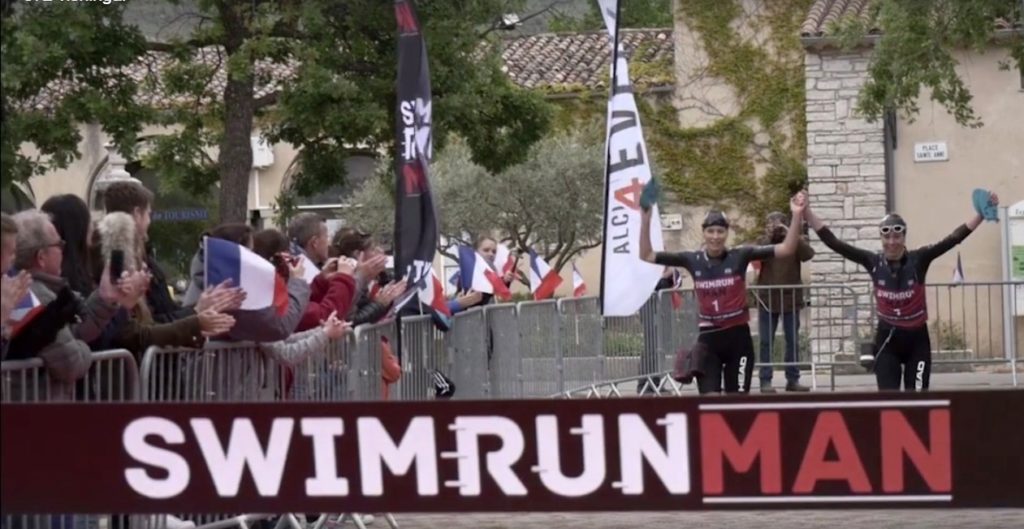 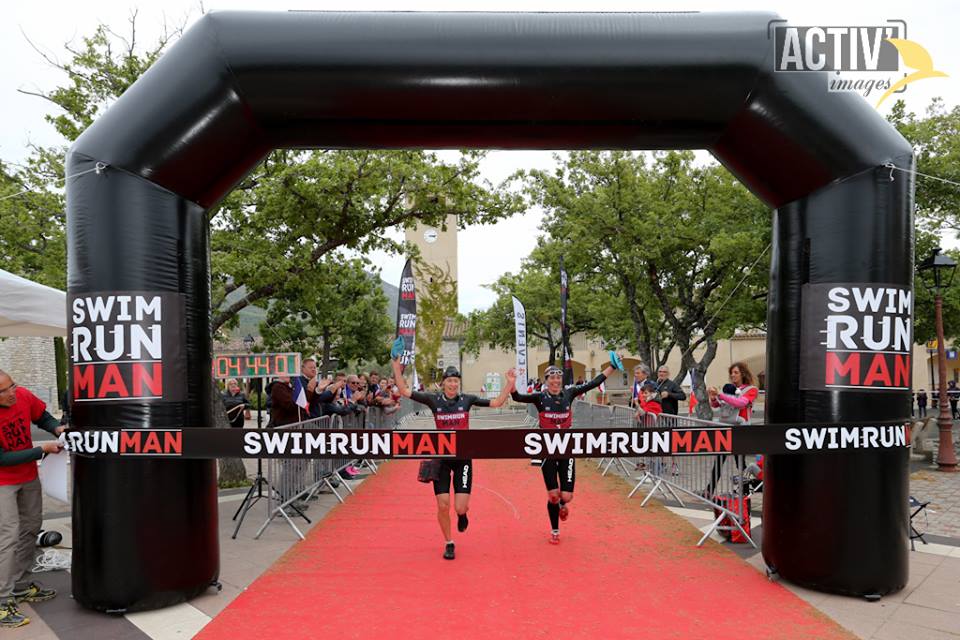 But we don’t have to sprint, we can enjoy the feeling of finishing as the first team. It’s just amazing to cross the finish line after a tight race. 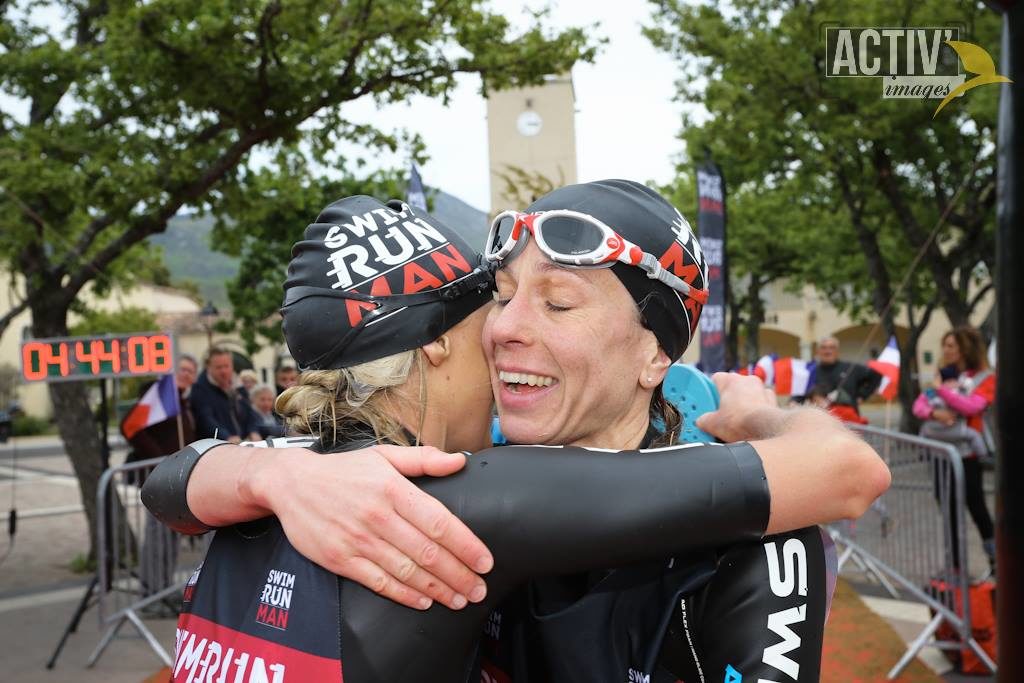 It’s the first time ever I take an overall win together with another woman! 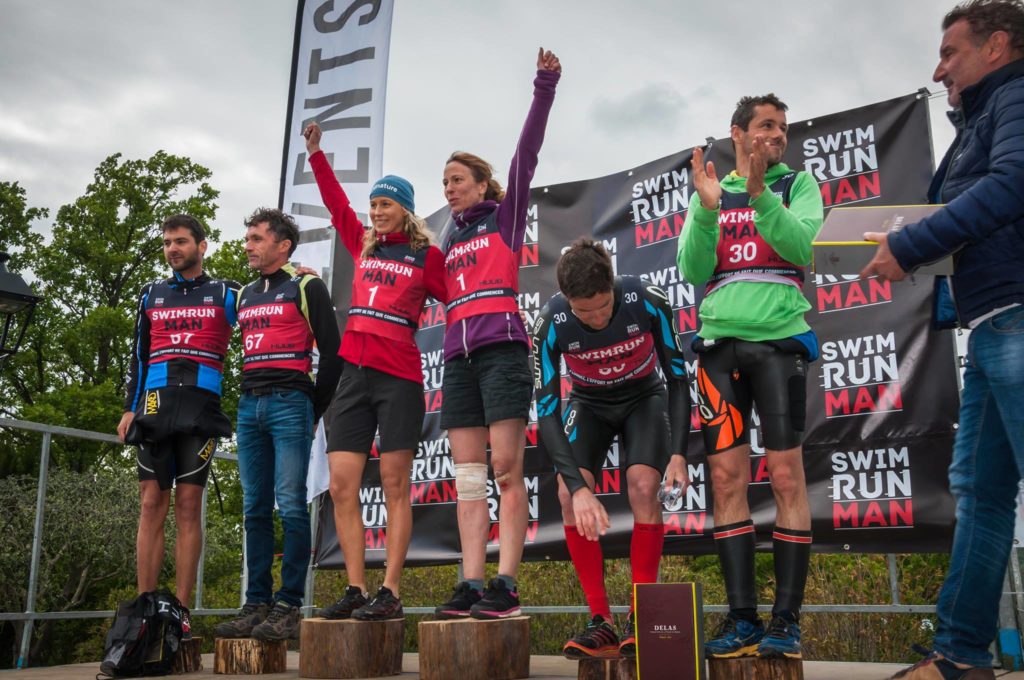 On the way back to the airport we stop by the doctor as the deep wound in Annikas knee must be fixed with some stiches. 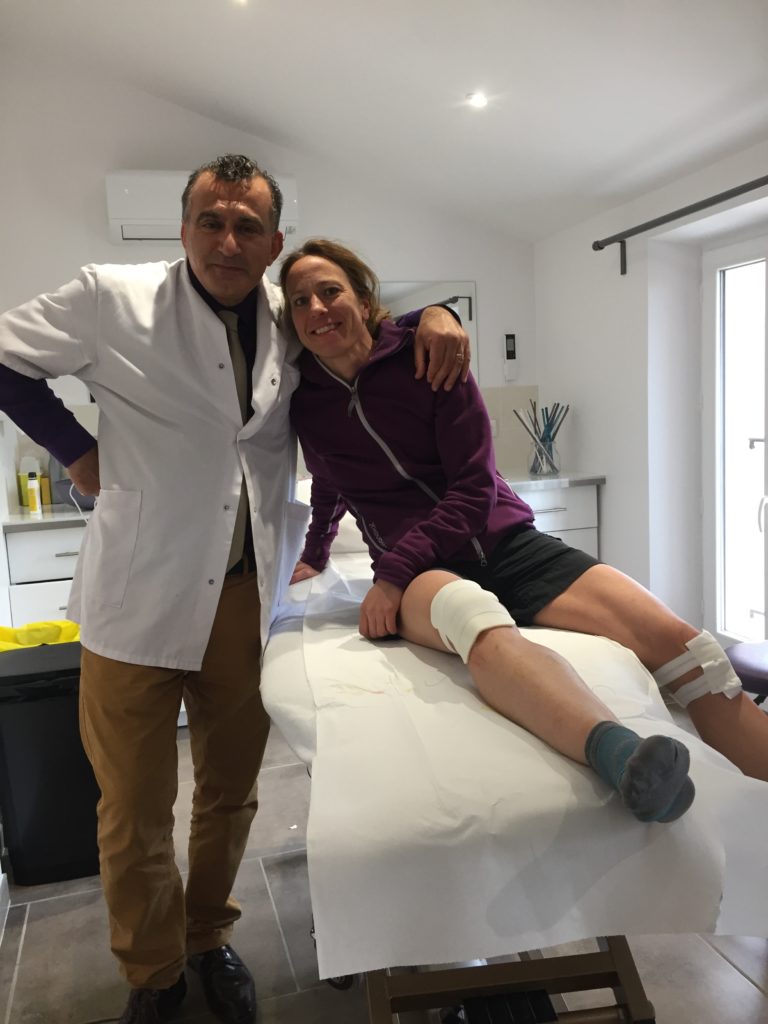 The day after the race we just had to send an email to the receptionist telling him that women can.. and this time we did it better than the men.

… you didn’t tell me you were world champions!

See the vide from KIT here